Anna Akhmatova – The soul of a Writer 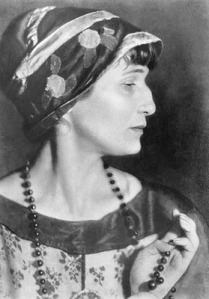 For me, writing is not a choice.  It’s a drive, and when I’m doing it, it’s often hell more times than I care to admit. How many of us can say we would give up our lives, freedom, or livelihood, comfort-if something came between us and our writing?  Could you sacrifice?

I gave up television four years ago to concentrate on being a writer. It was my little sacrifice.

I’ve been thinking what it means to be a writer. As writers we are forced to make choices in order to have our alone time away from family, responsibilities and friends who often don’t get why we do what we do. To non-writers, they can’t imagine suffering, whether its foregoing something fun, or getting up in the wee hours for the chance to put words on white space. They don’t have the itch.

But what if some shadowy, scary government type knocked on your door in the middle of the night and told you to stop writing? That your son would be imprisoned. That your husband killed. That you could no longer publish. That you would starve to death. Now imagine, that those things have happened. Your son is sent away to a prison camp, and your husband is killed.

At dawn they came and took you away.
You were my dead: I walked behind.
In the dark room children cried,
the holy candle gasped for air.

You’re told STOP writing. But writing is what you do. It’s your life. It’s how you process and see the world, and others don’t just admire you, they look up to you.

I should like to call you all by name,
But they have lost the lists…
I have, woven fore them a great shroud
Out of the poor words I overheard them speak.   Requiem

To keep writing. To tell what you see in only the way you can tell it.

Today I have so much to do:
kill memory once and for all,
turn my soul to stone,
learn to live again…

Would you? Could you keep writing? 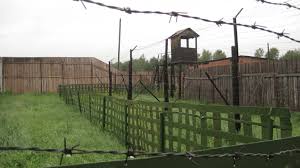 Akhmatova did.  She kept on writing. And it could have got her killed.  And Comrade Stalin was watching. She would go everyday to stand in line in hopes of seeing her son in prison. People knew she was the famous Akhmatova-one of the greatest poets of Russia. They asked her to put in writing their collective experience and so Anna wrote.

this woman is utterly alone,
with husband dead, with son away
in jail. Pray for me. Pray.  Requiem

She wrote late at night, with the fear of the knock on the door, she wrote quickly and memorized stanzas when she was creating one of her best known works, Requiem. She burned the words after they were committed to memory.  She wasn’t bitter. She still loved her country.  She never fled, like so many following the upheaval of the Bolshevik Revolution of 1917.

I am not one of those who left the land
to the mercy of its enemies.
Their flattery leaves me cold,
my songs are not for them to praise.

She stayed and suffered in a cold flat with barely enough heat to warm herself and nearly starved during the siege of Leningrad and…wrote.  She would have said she was rich for her words. And her country took her into the deepest part of their heart. She’s been there ever since. 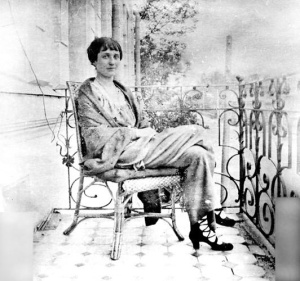 If you’d like to hear one of Akhmatova’s deeply moving poems, “You thought I was that type…” follow the link.  You won’t regret it and next time your struggling to get the words down, remember Anna Andreevna and that knock on the door. Remember the privilege and the tradition and the dedication.

And I swear to you by the garden of the angels,
I swear by the miracle-working icon,
And by the fire and smoke of our nights:
I will never come back to you.

Akhmatova died the year I was born. Yet she speaks to me. Her words touch me as deeply as if she is whispering in my ear and I am ever thankful, grateful and in awe to call myself a writer.

This entry was posted in Writing Life and tagged Russia; Akhmatova; Russian Revolution.