a Glimpse at the Real Madame Butterfly

I’m cheating a bit in my title. I do realize but I love a good mystery. Take the romantic tragedy of Madame Butterfly. The story is a classic opera. A few movies. Has inspired several books, including my own, The Secret Life of Concubines. Even Madame Alexander made a doll in her likeness.

But I want to know. Who is Cho-Cho-san? 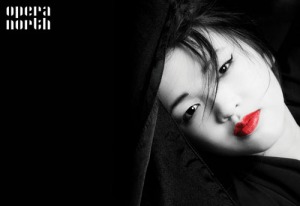 But it doesn’t go the way she wants. Enter the tragedy part.

Pinkerton returns. He’s surprised to see Cho-Cho-san is not alone, she has a child. A son who is her whole life. In the words of Malcolm McLaren, Pinkerton’s a bounder. He married a Yankee girl. Which can only spell total devastation for Butterfly. She goes ballistic when she learns he has not returned for her as promised, and…he’s brought his wife. They want her child. Butterfly is destroyed.

It’s a wonderful story, and Puccini’s opera is one of my favorite. But was Madame Butterfly real? Depends on who you ask.

Thomas Glover, a Scottish merchant went to seek his fortune in the Meiji era. He worked the tea trade, and ended up on Nagasaki where he opened his own doors. He was half-adventurer, half-international investor. He took an active role in the Boshin War that toppled the shogunate and built the first western house on the island. He won and lost fortunes a few times over but Glover was first and foremost an industrialist, instrumental in aiding Japan’s rise out of feudal darkness.

He met and married Madame Tsuru. They had a son, Thomasburo. Not much is known about her, accept an old photograph where she is wearing the famous kimono adorned with butterflies. No historical evidence exists that she went by the name Ocho-san (Butterfly). Not a shred, other than the kimono. Historians have deduced that Madame Butterfly was a fabrication of the Nagasaki Tourist Board, even going so far as to rename Glover House, the “Madame Butterfly House.”

Who inspired one of the greatest Italian operas?

A publicity stunt. An old photograph and a whiff of history. I wonder if Puccini knew that. Somehow, I don’t think he’d care. I don’t care either, I should but it’s a great story. Right?

2 thoughts on “a Glimpse at the Real Madame Butterfly”

Very enlightening and informative. I was always fascinated by the story of Madame Butterfly. I never stopped to think of its possible historical roots.

Hey RD, I know, I love the story. Always have. I was surprised at the ending! Thanks for stopping by.