One Night in Edo with a Courtesan

It’s dusk in the Nightless City, Yoshiwara over by the old Asakusa shrine. The lanterns are blazing along Nakanocho Boulevard and the cherry blossoms are falling.

Two men, a daimyo from the Kando where well-to-do escape stifling heat of summer and Yabo-san, Mr. Bumpkin from the hills passing through Edo are about to cross paths.

The kago drops the daimyo off to the House of Great Muirya-a prestigious brothel where the lawns are manicured into impossibly, charming little gardens and cedar floors lead into a labyrinth of assignation tunnels. 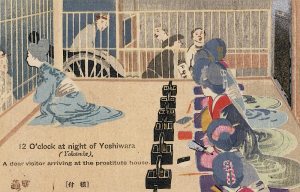 This is not the daimyo’s first time or his second. He’s paid a bundle in ryo just to negotiate a meeting with the high class courtesan. He hasn’t been accepted. She’s late. She didn’t even show up the last time the meeting was requested. He’s donned the inevitable straw hat disguise, so no one knows he’s moving about such an infamous place. 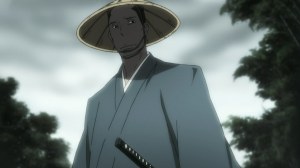 The hat is of course a joke. Many samurai wear the same disguise but it seems a ritual that is tried and true in the Yoshiwara. He’ll give up his daishi and sword at the door before he enters the brothel. They don’t want any trouble, and besides everyone knows he’s here. His name is posted outside. If she accepts him, the room will be sumptuous. He can think of little else. He hasn’t seen her. There’s been drinking games, endless sake, geisha entertaining and he’s getting poorer each time but that’s the brothel’s idea. Make him wait. Spend his money. It’s been months and he’s a man of position and power. But still the courtesan refuses him. He’s determined all the more to have her, at least till his ryo runs out. 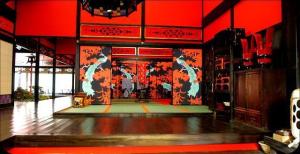 Yabo jingles kobans in his sash. He’s saved a lifetime all for this moment. He has enough for a meeting at the tea house to request a night with the famous courtesan. He wonders if his countrified airs will count against him. He jingles kobans again. He’s not handsome and the courtesan may well turn up her nose. Money will pay for anything, even a night with the girl of his dreams. 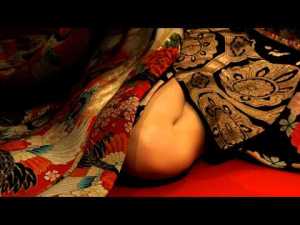 The shoji slides and she floats into the room, with a trail of silk and jasmine flowing behind her. The yabo and the daimyo look at each other. Who will she choose?